A detailed overview of the best Destiny 2 weapon rolls 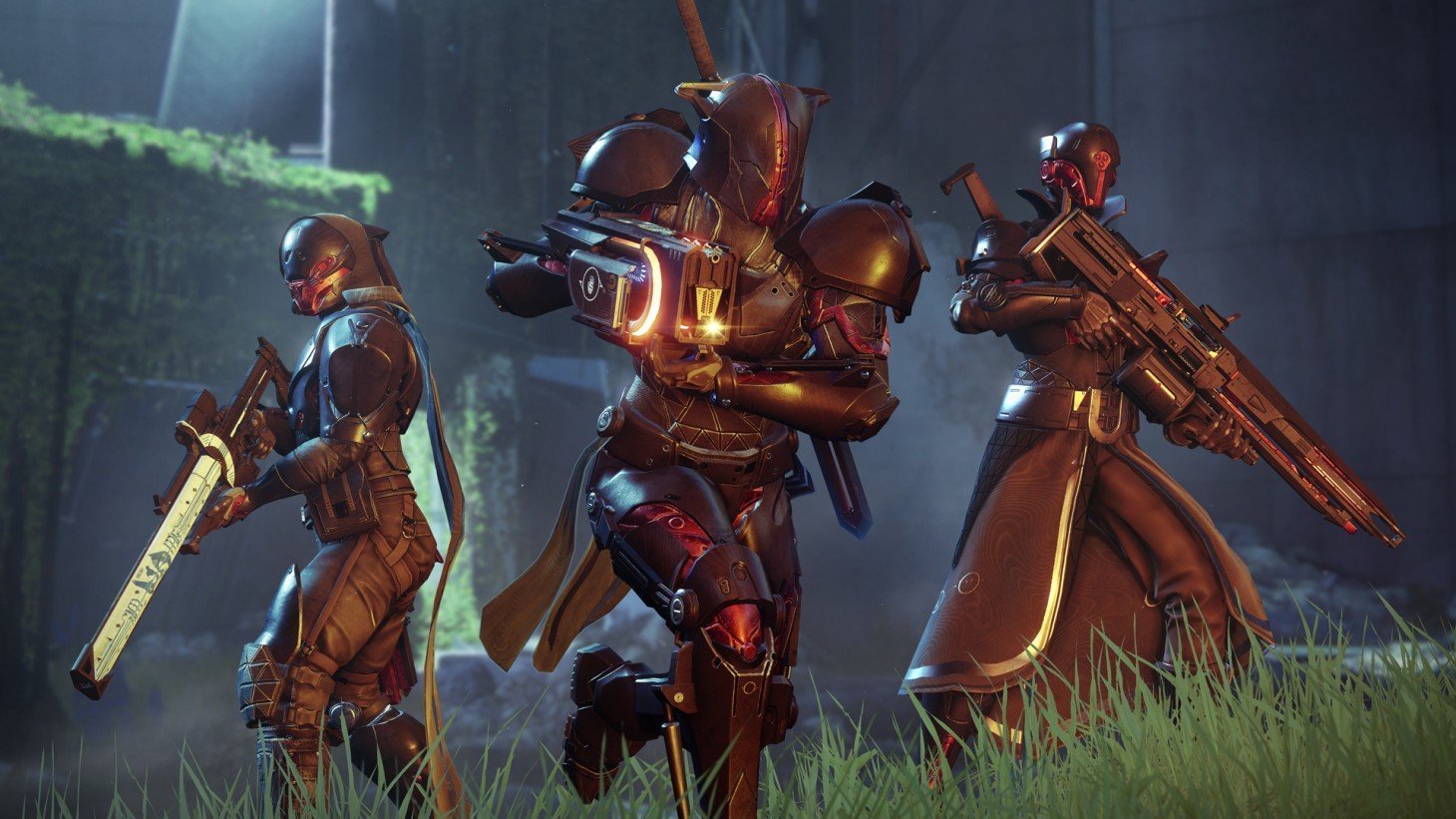 Shadowkeep has just been released and it's really made some noise in D2 players community. Having brought big in-game changes, it significantly altered the pinnacle weapons system, replacing them with the ones called Ritual weapons. By doing so, Bungie once again has raised a crucial question of weapon rolls.

For those who are out of the loop, in this article, we're gonna explain everything you need to know about rolls in D2, starting from the very basics and moving on to the tips for creating your own god rolls in accordance with the current meta. Are you ready to educate yourself on the subject of D2 weapon rolls? Yeah, we thought so. Let's roll then!

Destiny 2 curated roll and other types of rolls explained
First of all, let us deal with what types of weapon rolls D2 currently offers. We'll be looking at three of them: random, curated, and one more thing called a god roll.

Random rolls are a bit like Russian roulette: with every weapon drop there's a totally random set of perks, and you never know whether they are good or not until you actually get the weapon. That's simply a matter of luck, so getting something really nice requires a hell of tedious grinding. The rolls that we referred to as "something really nice" has come to be known as "god rolls". A god roll hugely depends on what you're doing, on your playstyle, build, and weapon preferences. Different types of weapons require different types of perks that'll make them more effective and therefore, make them a god roll.

Then, we have a term of a "curated roll". Curated rolls are Bungie rolls designed specifically to ensure great performance and impeccable perk synergy. A curated weapon also drops with a stat masterworked to the max. Such kinds of drops are quite rare and a bit tricky in a way: not all guns have curated versions. However, one thing we know for sure – in freshly-released Shadowkeep and SoU ritual weapons that have replaced the pinnacles all come with curated rolls. To be the first to obtain those rituals, peek into our website for some juicy weapon boosts.

And while you're adding a bunch of carries to your cart, we'll bring you up to speed on some curated rolls currently available in D2. We won't talk about new weapons and will just give you a couple of examples to better understand this whole thing.

Spare Rations is pretty impressive as it is but will this Bungie roll, it becomes just insane.

Another example – Twilight Oath curated roll. A rapid-fire energy sniper, Twilight Oath is nothing extraordinary by the looks of its stats. The range is pretty low for a sniper, though you have a solid reload speed that'll help you maintain a good flow and your gameplay. But with that curated roll, things significantly change. Some perks are quite standard, as they slightly buff reload speed, stability, and recoil direction. This is great for dumping shots on a rapid-fire sniper, especially for boss DPS. Yep, not perfect for PvE but rather reasonable for PvE. However, there are two perks that turn this curated roll into a gem. We're talking about Snapshot and Box Breathing. Snapshot is an incredibly valuable perk on a sniper, as it improves your aiming a lot, allowing you to aim down almost immediately and land those kills as soon as you spot an enemy. Box Breathing is necessary to make up for that initial lack of range. When you zoom for a short time but don't fire the weapon, you are granted extra headshot damage and some range boost on your next shot. By the way, if you pair Twilight Oath with The Last Word you'll get yourself a nice lethal combo.

The last (but no the least) one we're gonna review is Last Man Standing curated roll. This shotty proved to be quite something in the previous seasons, that's why we're convinced it's gonna be very good for Shadowkeep as well. The curated roll here is rather convincing: increasing RoF, stability, and range, plus reloading while holstered and auto firing.

As you can see, a proper weapon roll can make a difference, so now we suggest discussing some god rolls that are definitely gonna be on top in S8 and Shadowkeep.

What makes a Destiny 2 god roll?
The answer to this question is simple: a god roll is made by perk combos that are efficient in a certain environment for a certain activity, according, of course, to your preferences and combat style. Sometimes curated rolls are not god rolls, as they show worse performance than they should. Let's take Blast Furnace god roll. It is slightly different from the curated version. While Meyrin RDS and Outlaw from Bungie roll are nice, Headseeker is just useless. The best options for this gun are Feeding Frenzy and Kill Clip or Rampage. Despite the recent nerfs, Rampage and Kill Clip show good results anyway and now just give the same damage buffs for both PvE and PvP. So, for faster reloading and increased damage Feeding Frenzy/Outlaw and Kill Clip/Rampage are your go-to options.

Hammerhead god roll. Here Bungie's done a very good job with that curated roll, particularly with Feeding Frenzy and Rampage combo. As long as you make kills with this MG, you'll reload faster and deal more damage. For this one, you really need to get a curated variant, 'cause it comes with the masterworked handling, which is a must-have for such a gun as Hammerhead.

With Kindled Orchid god roll it's basically the same story – an extremely decent curated roll. Kill Clip + Rampage, even nerfed, are a hell of a damage-boosting combo, and masterworked range is the icing on the cake. The only thing you really need to be careful about is Drop Mag. The hugely increased reload speed comes with the price of wasting a good deal of your ammo.

Erentil FR4 god roll. This fusion is ridiculously good with the right perks. It can even perform like a sniper! Firmly Planted + Range Masterwork takes the range to some cosmic heights, and if you add Backup Plan to that mix you'll get yourself a fusion that charges in no time. It will melt in PvP, you have our word.

What do weapon rolls have to do with Destiny 2 meta?
What do they have to do with the meta? Well, everything. With the proper perks, a gun that is just usual and has nothing outstanding in it can turn into a relentless death-dealing monster. Imagine what a god roll can do with the gun that has shown great performance even before. Yeah, it's really a big deal, so if you wanna get yourself a true game-changer, listen up and pay attention, as we're gonna tell you more about the current D2 god rolls.

With Trust god roll, we'll be pretty short. Take Rampage, couple it with Outlaw for decent reload buffs on every precise shot, then add Accurized Rounds and Full Bore for unbelievable range. The next step is to run to PvE and just go ham. For PvP, for barrel and mag, it's the same, but as legendary traits, it's better to equip Opening Shot and Explosive Payload.

Swarm of the Raven god roll. Here once again, a curated roll is not the best one for this GL. Spike Grenades and Field Prep are way more effective, giving you terrific damage and stability buffs for direct hits alongside huge ammo boosts. It's essential for annihilating adds and also grants you extremely high DPS numbers on bosses in PvE.

Crooked Fang god roll works miracles in PvP thanks to Snapshot Sights + Rangefinder combo. Aiming this linear is like a song: with increased range and zoom plus nice aiming speed, you will take your foes down from a distance before they even notice you.

Mindbenders Ambition god roll. This shotty is one of the best long-range models for PvP. If you try out Slideshot + Quickdraw perk combo and Range MW, your range will skyrocket and you'll one-shot your Crucible opponents like it's nothing. You can also try Snapshot + Moving Targets, but this one does not play out well for everyone while the first roll is a well-tested option.

What's up with weapon rolls in Destiny 2 Shadowkeep?
The new DLC has brought big changes to weapon perks, nerfing some of them down, however, if you keep combining them properly, you will still get the greatest god rolls in D2. So, shall we proceed with our list?

Tatara Gaze god roll. Here we have one more good sniper that can become even better as soon as you roll a bunch of proper perks. For PvP, Kill Clip is recommended for effective one-shots and Snapshot Sights is just essential for this weapon class. As for mag, it's up to you; for barrel, we'd pick some perk that buffs your range. And well, that's it! You're good to go and slay some Guardians in the Crucible.

Ringing Nail god roll. This energy AR's curated roll with Dragonfly and Rampage is quite decent as they not only grant you damage boost but also create a Solar explosion if you manage to land a headshot. Another combo that's worth mentioning is Ambitious Assassin + Rampage perks with the same good-old Impact buff but this time, paired with a mag overfilling perk.

Imperial Decree god roll. Imperial Decree is considered to be one of the best aggressive-frame shotguns in D2. With Shapshot + Slideshot, you'll gain stability and range buffs combined with the ability to aim better.

Bygones god roll. One more PvP killer for you to appreciate. This pulse rifle is better served with a Range MW, and Kill Clip + Outlaw combo for more range boosts on headshots and nicely reducing reload time. It's effective but if you don't dig it for some reason, try Outlaw + Rangefinder once again with a Range MW.


Needless to say that god rolls are mostly a matter of taste but the ones that we've listed above are proven to work in most cases for players with various playstyles. With Shadowkeep already being out there, it's time to take good care of your loadout and do some god roll grinding, so don't forget to visit legionfarm.com to let our pros get you the best rolls for your favorite guns.